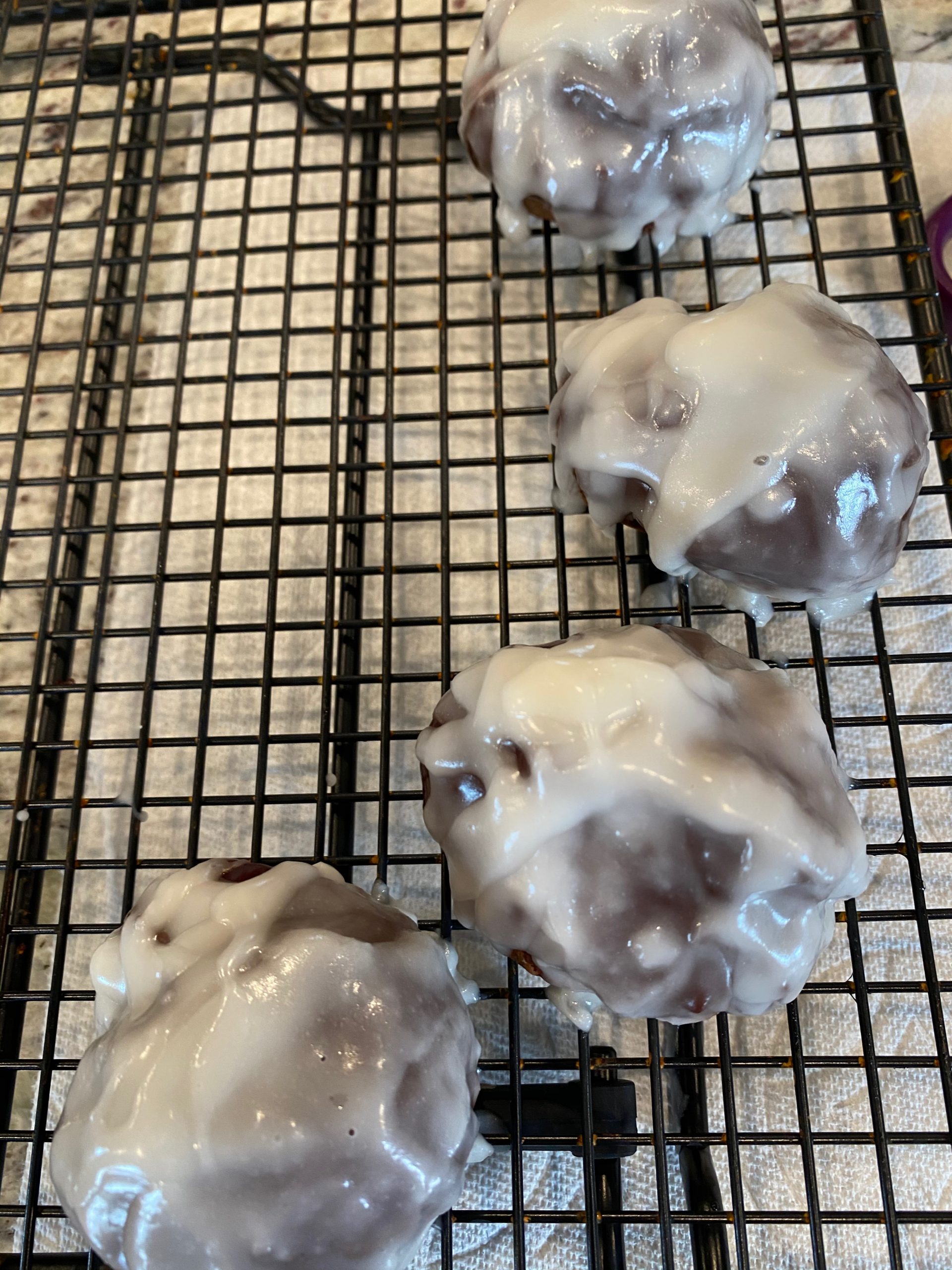 With time on my hands, and the idea of being able to make a donut in the air fryer, it became a thing I wanted to try.

Round 1 – was a recipe I found on line and it was after a search for “munchkins”. It called for a chocolate glaze.

Having a small air fryer makes this a bit more difficult, but it only took 3 rounds to get all the holes made!

Original amount of salt was too much – i’ll reduce it for next time!
Chocolate glaze wasn’t enough…  I made a second glaze that i found on alton brown’s site and dipped some holes in that and added it to the ones already dipped in chocolate.

Original recipe was too salty – but glaze did smooth it out.

Chocolate glaze was not as good as the sugar glaze on the donuts!

Tasty option and slighty better for you – no frying! But all the tripple glaze.. might cancel that out!

Enjoy and if you try it, let me know what you think!