HomeRecipe Crockpot Saag – in the crockpot

Saag – in the crockpot 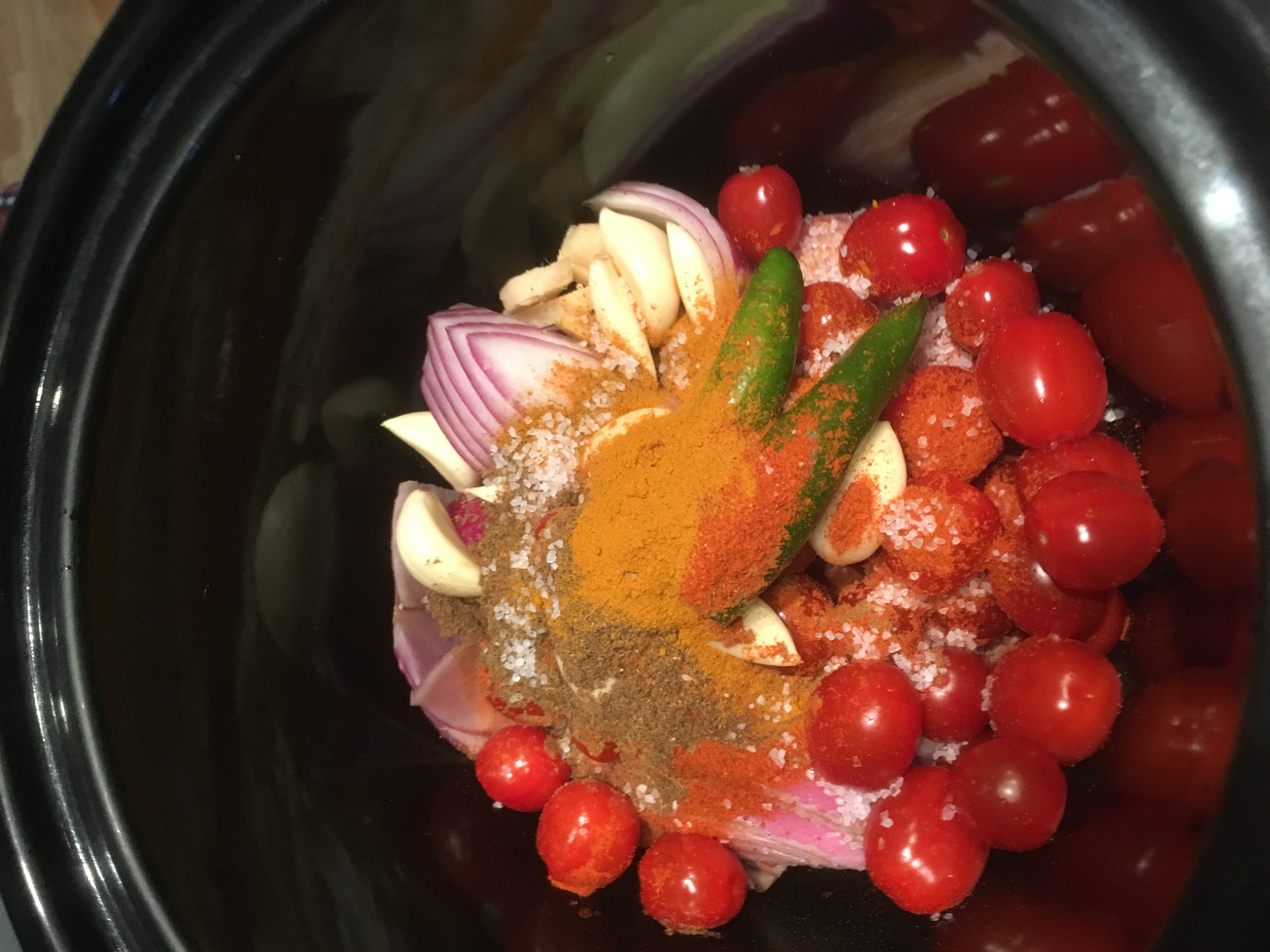 Generally known as Saag Paneer when you eat out – since i didn’t have any milk in the house, it was just saag or (curries spinach for those not up on their indian menu terms)

This was  from one of my fav cookbooks – The Indian Slowcooker! Most make a ton, so i usually use the “this is how to cut this recipe in half” feature!

Verdict – i thought this was delicious! Assuming it will freeze well!

Excited to make it less spicy next time, and pan fry up some tofu to enjoy with! Love getting all the veggies!

As far as pre-prep – you made this on your prep day and just put it in the fridge for reheating later in the week. Sounds like a win win to me!