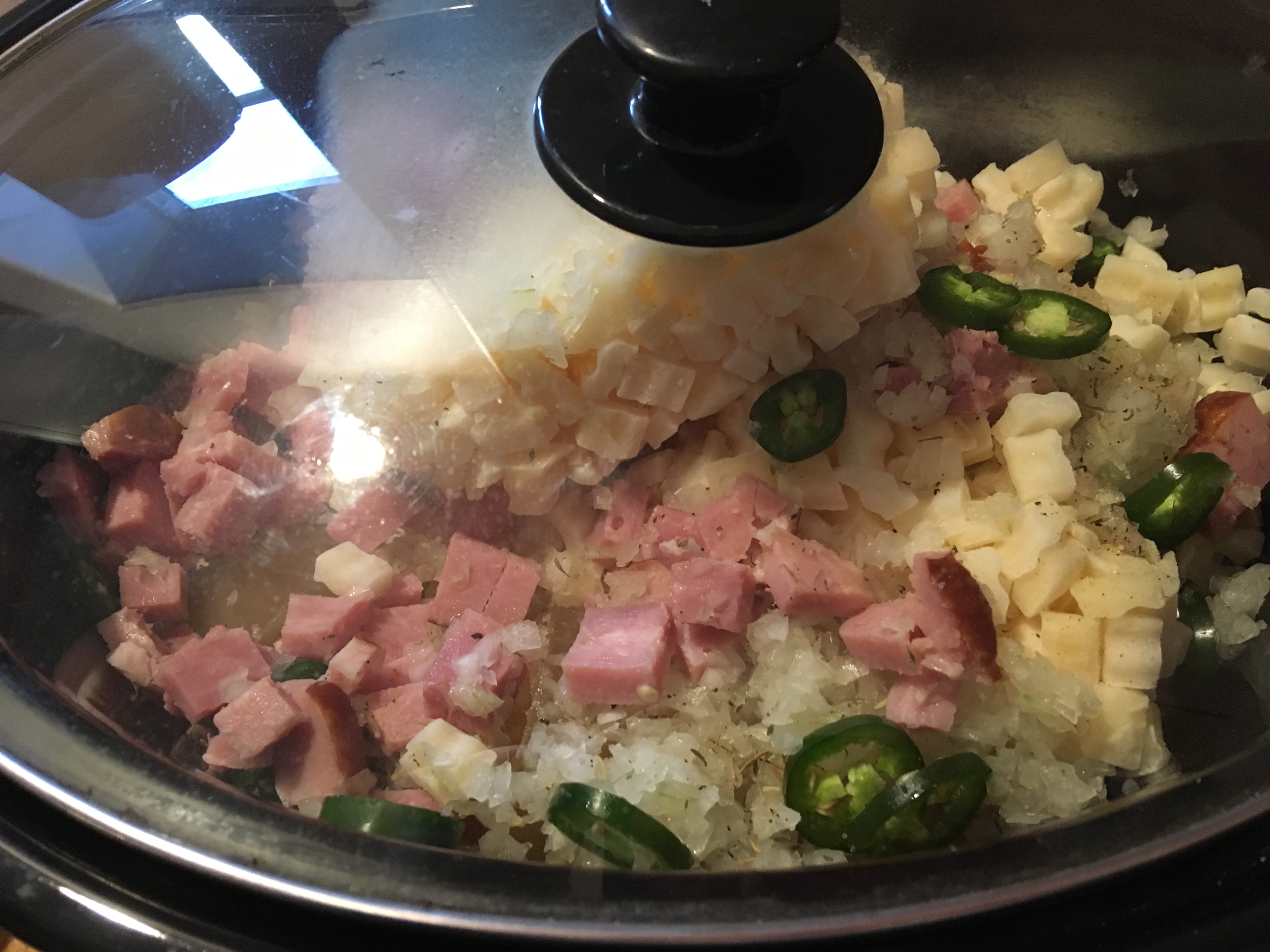 At christmas we enjoyed a ton of food made by our friend. We had a giant ham donated by another friend. We were instructed to take home a good chuck so everyone did! That means, let’s find some outstanding recipes that would be yummy!

This was a lovely simple recipe, bagged potatoes, can use frozen onions if you want, but basically dump and go. Pre-prep would be to chop your ham and freeze it ahead of time for the day you need an easy comfort food.

by Nicole
Cuisine American Category Crockpot Meat Pre-prep Recipe
Definitely a comfort food, I added one jalapeno and it didn’t do much. Original recipe called for a full block of cream cheese, i don’t think it was necessary. I also ate it during the week with some mushrooms and thought that was a nice add if you like fungi! Sea salt prior to serving is also a nice touch. I didn’t like the thyme, so i would not add that in again
Persons
8
Serving Size
3/4 cup servings
Prep Time
30 minutes
Cook Time
10 hours
Total Time
10 hours, 30 minutes

Verdict – It does not have to be as terrible as advertised. Get super sharp cheese and no need to use the whole block, use just the 1/4 block or less, and less than the whole block of cheese. Instead sprinkle some on top for instant pop! Definitely great, and also with even canned mushrooms tossed in!