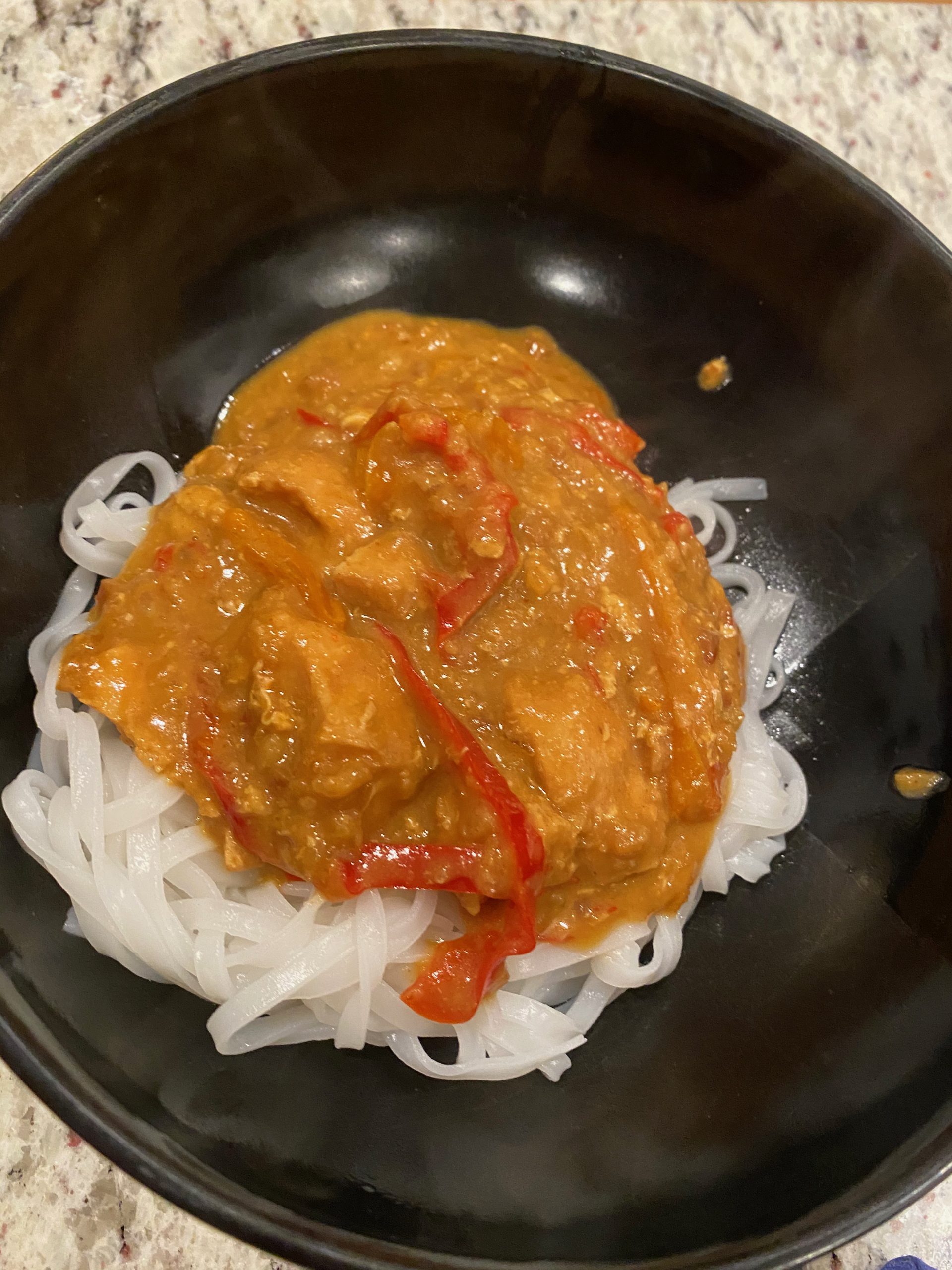 This one had been in the list to make for a couple months.

It seemed a fun recipe, easy and could quickly put it together.

I decided to shift a little from the recipe – since i had whole peppers in the fridge, and had maaserated an onion the week prior and had it frozen. Also cut the recipe in half and used a chicken breast!

I also decided to make a second batch of sauce, and store it with some of the peppers for a pre-prepped meal in the future!

I’ve slowly been attempted to pre-prep one meal at a time by doing 2 of the sauces or prep work. Not super speedy and i’m still stuck cooking- but i can get an idea of the difficulty of pre-prep and still have some options for the future.

This was a lovely and easy recipe! Definitely could make it a bit better, maybe some red pepper flakes or fish sauce. But a solid, easy, prepable option! Woot!

I served it with rice noodles and that made it great and didn’t add too many additional calories!