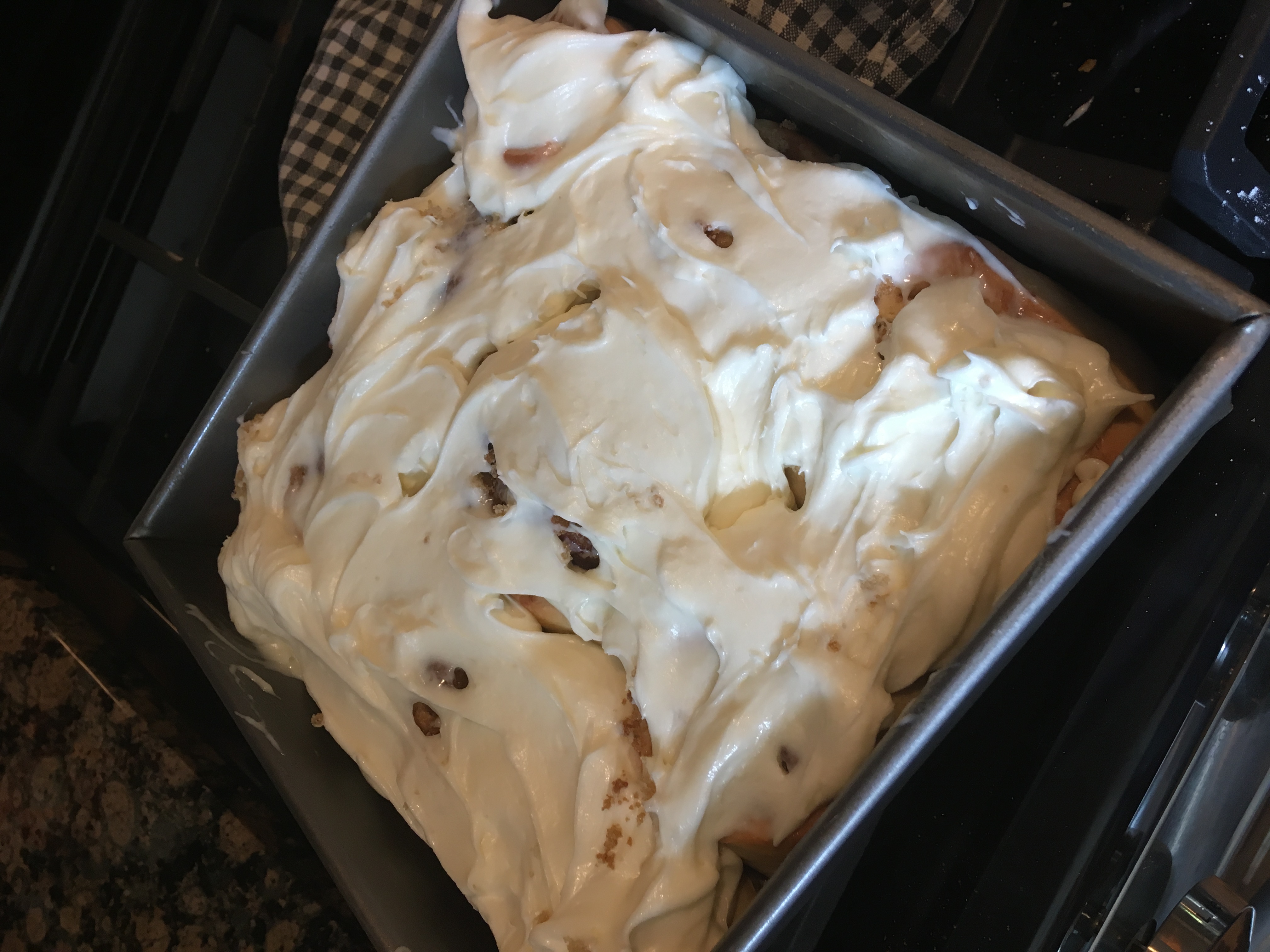 Once you make your first batch of apple butter you realize just how much output there is from smooshed and pureed apples!

Back to the internet on what else you can make..  Oh LizzyT you saved me once again! Next up – Cinnamon rolls. I had made cinnamon rolls before it was beyond time intensive, or so memory serves. Long convoluted story about an ex leaving the house  close to the end with the threat that if he did not return there would not be any…  Each neighbor got a nice plate full…  So i have been warey about trying this again, but am i so glad i did!

These were amazing. The dough was perfect, not too sticky and rolled amazing. The inside was delish – and i even forgot the extra 3/4 cup brown sugar. But the decadence… once again the neighbors got treats, but only because each roll was about 500 calories a piece…

Lesson learned, hubby doesn’t like cream cheese frosting… 13+ years and apparently i haven’t made things enough for him to state this or i just ignored it… you pick!

Delightful use of some of that apple butter. So decadent. Tons of frosting... maybe make half.

Verdict – amazing! Next time make powdered sugar and milk drizzle for this!

Have you tried these? Let me know what you think!